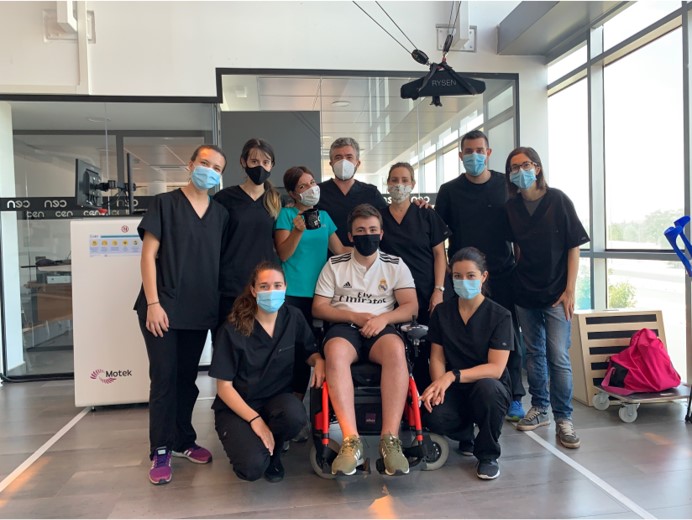 The patient arrived in our clinic after his diagnosis of a massive haemorrhagic stroke.

We applied a tailored rehabilitation program of intensive and specialized therapy, following the continuum of therapy for gait and balance. We progressively applied the most optimal technology for each phase of recovery moving from intensive therapy with the LokomatPro to functional therapy with the RYSENTM and then to challenging therapy with the C-Mill VR+.

The patient’s experience with the intensive episode of care and improved outcomes motivated us to share how a combined program of robotic rehabilitation can be incorporated into the treatment of this patient population.

He suffered a haemorrhagic stroke, staying two months in a coma and another month in the ICU.

After the coma he was diagnosed with the following functional conditions:

The rehabilitation started six months after injury and his motivation and main goal were to walk again independently with the use of a walking aid.

Treatment with the Lokomat, Rysen™ and C-Mill VR+ 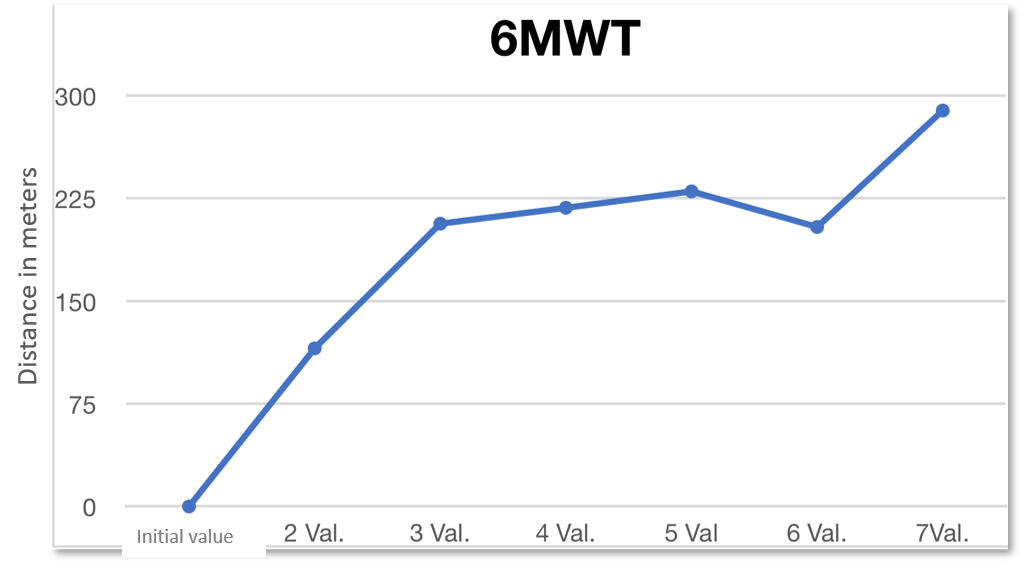 The initial assessment was done in November 2019, the last one in March 2020. There was a two-month period between the first and the second assessment, as the patient was unable to walk during the first two months. After that, the assessments were done approximately every two weeks. 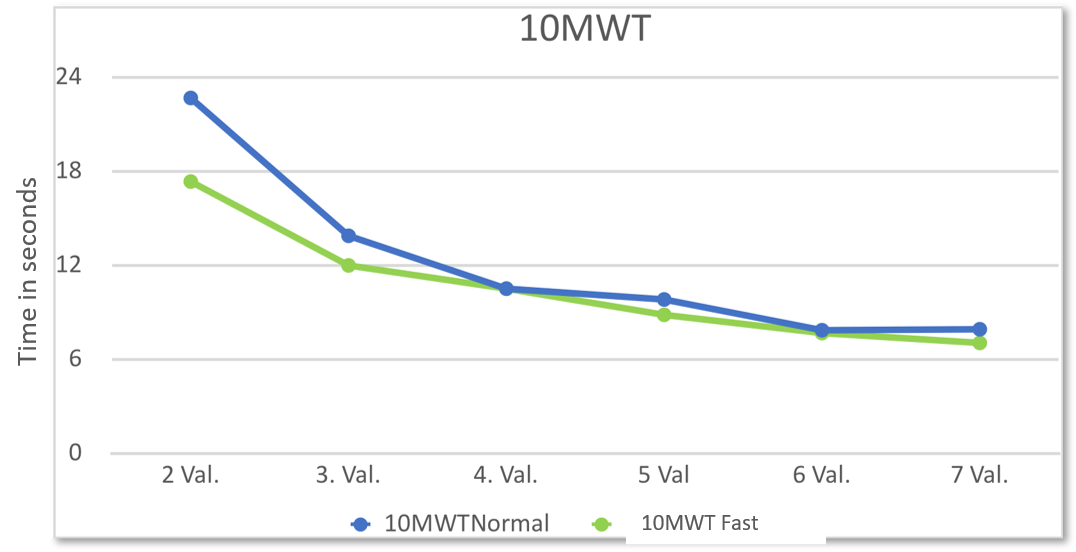 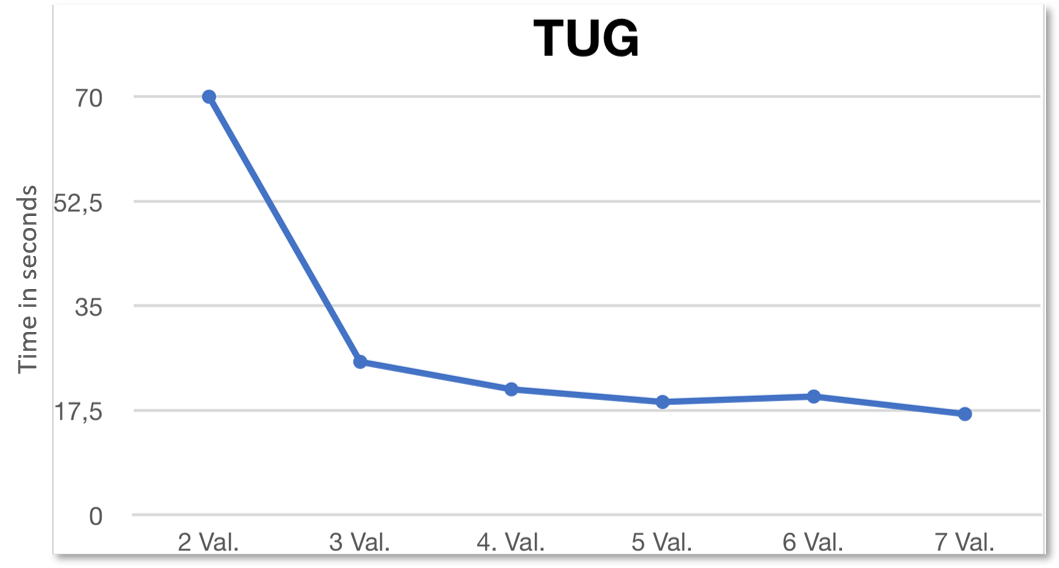 Figure 5: Timed up and go (TUG) test evolution during 6 assessments 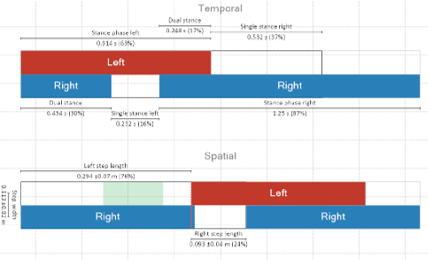 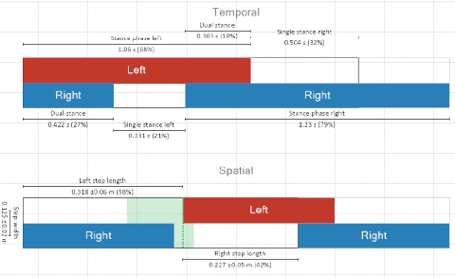 There was a period of two weeks between the initial and final assessments, the first one was done at the beginning of March and the second in mid-March. 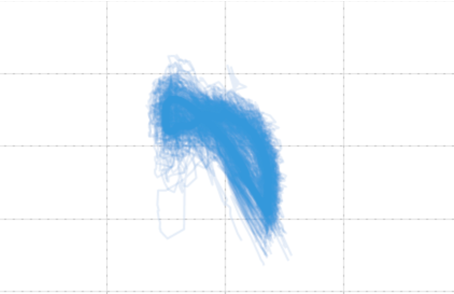 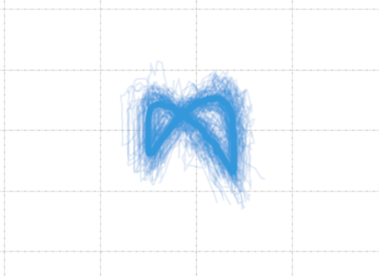 There was a period of two weeks between the initial and final assessments, the first one was done at the beginning of March and the second in mid-March.

The objective data gathered during the different assessments allow us to conclude the following improvements:

We believe that these positive outcomes were due to the intensive therapy that we could provide in our center, due to the motivation of the patient and due to the help of the family. 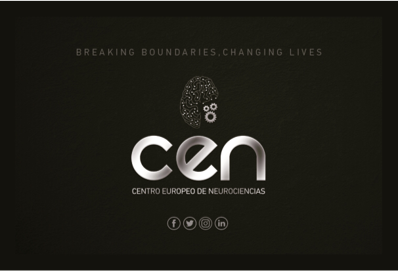 CEN is an intensive and individualized research and therapy center which offers the latest technologies for the evaluation and treatment of neurological diseases. A team of professionals with broad international experience. eneurocenter.com/en/

This clinical experience report is meant to serve as an example of how the Lokomat®, RYSEN™ and C-Mill VR+ are  integrated into one particular rehabilitation center. It is not necessarily a standard recommendation from Hocoma or Motek.